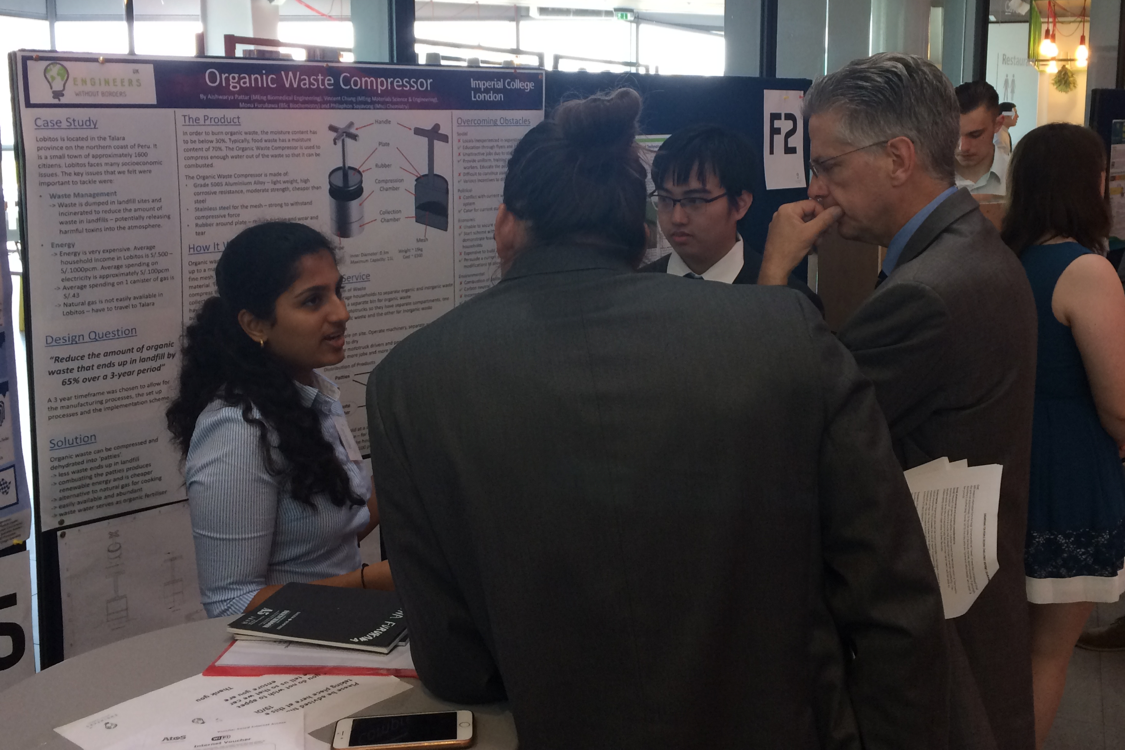 The competition is organized by Engineers Without Borders (EWB) UK and is open to universities across the country. The teams had been studying our second year Global Challenges course ‘Design for Sustainable Development’, within the Global Challenges field of Horizons, and the quality of Imperial entries ensured that two proposals were selected for the finals.  As their lecturer, I was very proud of this achievement.

The Engineering for People Design Challenge asks students to find solutions to problems faced by deprived communities around the world. Each year EWB UK partners with a non-governmental organization (NGO) working with such a community, and they facilitate access to the real experiences of individuals there.  This year students were asked to create designs to further sustainable development in Lobitos – a former oil town on the north Peruvian coast – and the partner was a local engineering NGO called EcoSwell.

Our students produced a range of creative and thoughtful designs, and as previously mentioned, we were lucky to have two teams representing us at the national finals. The first team presented their design for an ‘Organic Waste Compressor’ (pictured). They gave a professional presentation that demonstrated intelligent planning for the use of organic waste as both a fuel and fertilizer. It was particularly impressive for its detail on the implementation strategy tailored for the community, including an incentive scheme to encourage uptake.

Our second team presented a design for a composting technique entitled ‘Effective Microorganisms’. There was strong interest in the technique and students received complimentary feedback along with business cards from researchers looking for new ventures.

We are particularly proud of our competing teams, who took on the challenge of the national finals at their busiest and most pressured time of year, with many of the students in the midst of their end of year exams.

Overall, the finals were a fitting end to the competition and to the year’s work. The students’ design proposals exhibited at the event emphasized the importance of considering the local context, as well as producing a robust technical design. Personally, I am now looking forward to next year’s EWB UK challenge in Kibera, an urban settlement in Nairobi, Kenya.