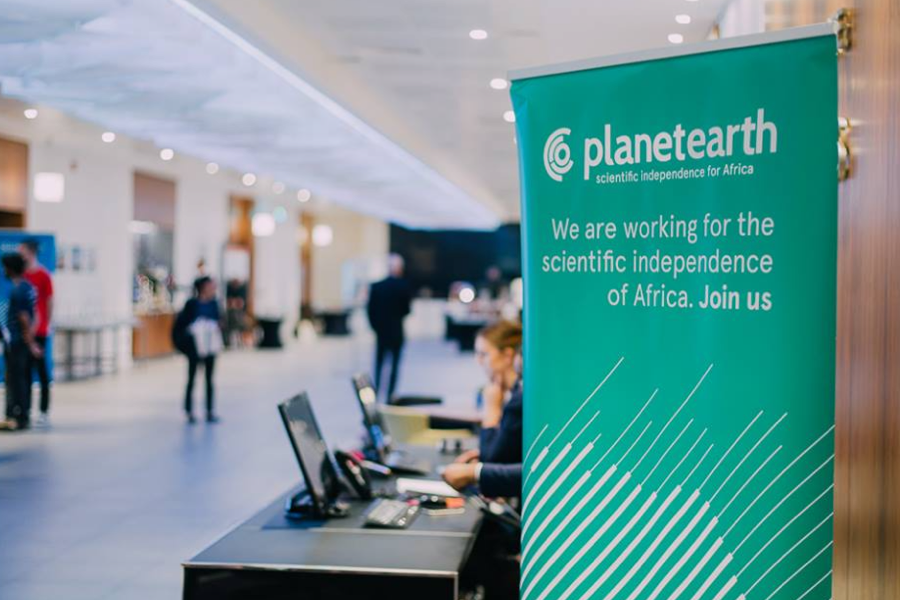 The #ScienceAfrica UnConference was organised by the Planet Earth Institute (PEI).  Its aim was to celebrate ‘Big Ideas for Africa’ and it was set in Bishopsgate, London.

Any event in this location and discussing the entire continent of Africa would be vulnerable to accusations of postcolonialism and generalisation.  However, the PEI defines itself as an international NGO working for ‘the scientific independence of Africa’, and when I attended the event, I was most struck by its impressive promotion of networked approaches to development.

#ScienceAfrica UnConference was a different kind of conference.  The ‘unconference’ format provided lots of opportunities for participants to interact and exchange ideas. These were facilitated at the venue and virtually through the ‘PEI exChange’ – an online matching platform for those interested in African development.  I left the event with new contacts from across the world and having heard a range of presentations on Africa. Moreover, many of the speakers were from Africa, if largely the Anglophone and southern areas.

The first invited speaker was Blade Nzimande, the South African Minister for Higher Education and Training and also General Secretary of the South African Communist Party.  Nzimande spoke of the neglect of Higher Education in South Africa, referring to the historical push to provide universal primary education.  He called for the full decolonisation of education – not just in terms of ensuring physical access but also with regard to fostering cultural approaches that ensured all communities felt able to engage in education. His points underlined the questions of politics and power that surround the development of science.

More questions of power emerged when Professor Kelly Chibale, from the University of Cape Town, spoke of the need to develop world-class infrastructure in African Higher Education.  His emphasis on infrastructure prompted Simon Kay, Head of International Operations for the Wellcome Trust, to question the implication that charitable funding was less important.  Following this, the Chair of the Planet Earth Institute, Paul Boateng, stated that there was a need for African agendas but that the money could come from elsewhere.  The need for support, but caution against disempowerment of Africans, had been made clear.

This reminded me of some of the difficulties I face when teaching our second year Global Challenges modules. In the Design for Sustainable Development course I emphasise the importance of proposing designs that are tailored for, and ultimately implemented by, the local community. Good research and knowledge of local stakeholders is therefore key, but providing the balance between external support and local input can be difficult.

The event provided a good diversity of perspectives.  The General Secretary of the South African Communist Party was followed by a presentation from international business – Maya Kulycky from IBM Research-Africa. She gave a presentation on IBMs involvement in the improved use of data for healthcare and the public sector.  Indeed, many speakers at the event championed the expansion of private sector involvement in the development of science. Professor Chibale called for public-private sector partnerships and spoke of the need to train students but also the need to create jobs for them, thereby emphasising the importance of broader perspectives.

The workshops presented examples of good practice.  In the afternoon, Professor David Dunne and Dr Pauline Essah from the University of Cambridge, suggested that the lack of world-leading academic researchers could be improved through collaborations between UK and African universities. They had already facilitated significant numbers of African students’ postgraduate study at Masters and Doctoral level in Cambridge and in universities in Africa.  I have been interested in such ventures myself, and I took note when they reported that their success had been initiated by contacts between individuals in universities in Cambridge and Africa, not from top-down, heavily directed projects.

Another workshop, convened by a Clara Richards from a charity called INASP, enabled an informative discussion for academics and researchers wanting to make an impact and navigate ‘the knowledge to policy eco-system’.  This was of interest to me because of the work that we do with undergraduates in placing their technological designs in a political context. I was pleased to learn about tools for bridging gaps between the academic sector and the rest of the world.

So for me, this was a useful and insightful conference. It did raise some of the age-old questions concerning the difficulties of providing resources without disempowering the beneficiaries and, perhaps to its credit, it did not actually present grand solutions.  However, it did facilitate a number of opportunities for participants to share ideas, methods and tools and also to consider how they might improve their approach through expansion of their own perspectives and networks.