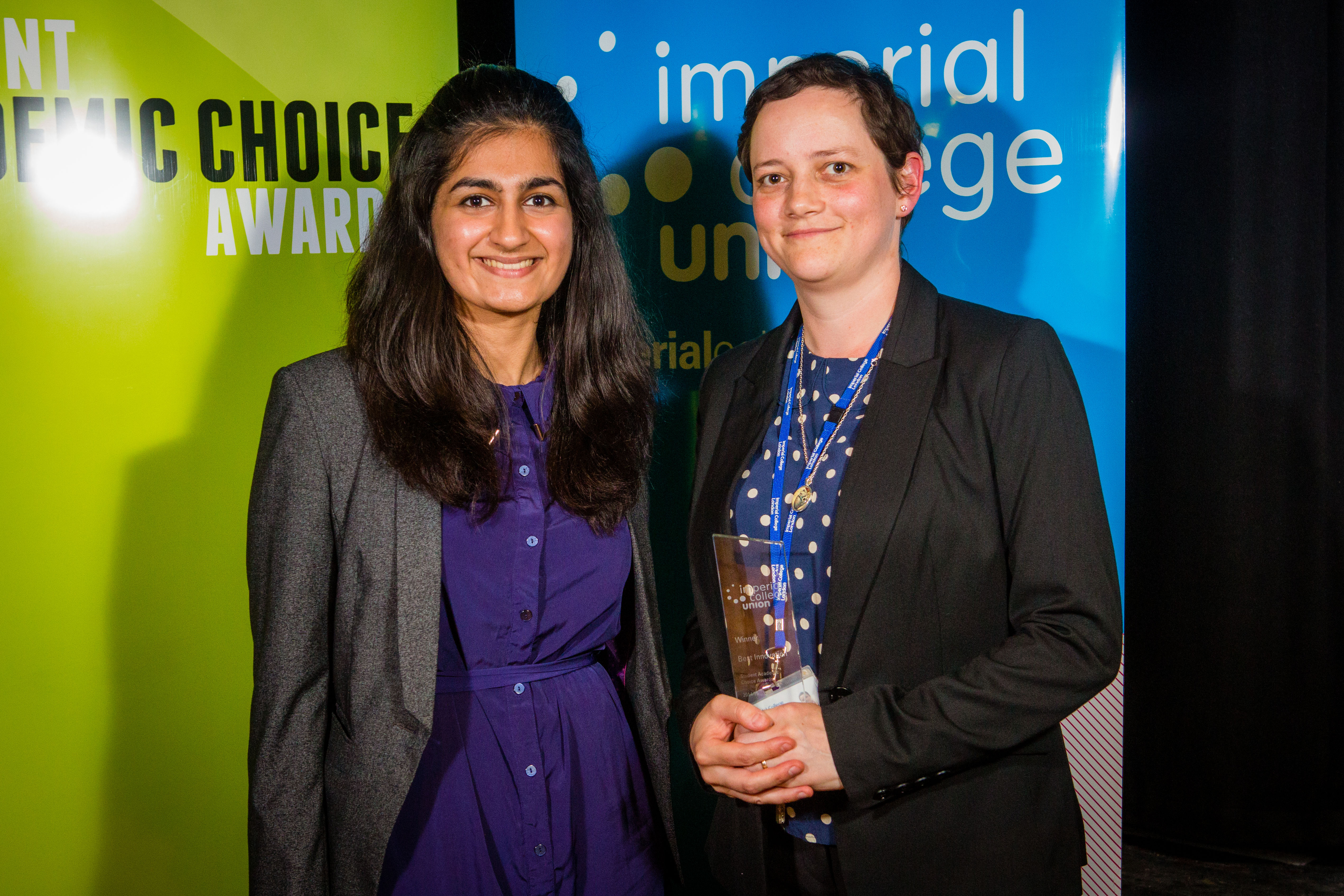 Our third year course Lessons From History won the Best Innovation category at the Student Academic Choice Awards 2015. This course uses team based learning and an innovative approach to building essay writing skills, as well as the now infamous ‘essayathon’.

Launched in 2012 and awarded for the first time in May 2013, the SACAs enable students to reward excellence and innovation amongst Imperial’s academic and professional staff. The Union believe teaching and supervision are skills of equal worth and value to research, and they aim to build a community in which academics, staff and students all feel empowered to bring forth new ideas.

Eight awards in total cover all faculties, departments and campuses, as well as all modes of study – undergraduate, taught postgraduate and doctoral research. Every student at Imperial has the chance to recognise the innovation, skill, engagement and energy of the staff they learn with.

The SACAs cycle covers almost an entire academic year – nominations open soon after teaching begins, leading to a prestigious prize ceremony held in May of each year. Invites, certificates and the famous mug sent to each nominee are highly sought after by staff – as are the eight winners’ trophies presented each year.

The student nomination for this award reads:

This course has been very well developed and has made use of several innovative and unusual methods in teaching that have really impressed us as students and provided an experience far more thought-provoking than previous courses that I have done.

The main thrust of Dr Hauke’s work has been to promote team-based learning exercises, something that I have never tried before. This allows us to choose our own questions to research, focus our research on a specific part of a team question and then undertake a series of assessments; first individually and then as a team.

These have been great as it has given us the freedom to develop our research in ways that are only possible because we have the chance to re-try a topic as a team, and the benefit of doing it individually first is that we have been exposed to the advantages and challenges of working as a team.

Assessment has also been novel, involving the use of scratchcards and votes for the correct ‘answer’ taken as a team; which has maintained focus throughout rather than boring us with the same, repetitive styles.