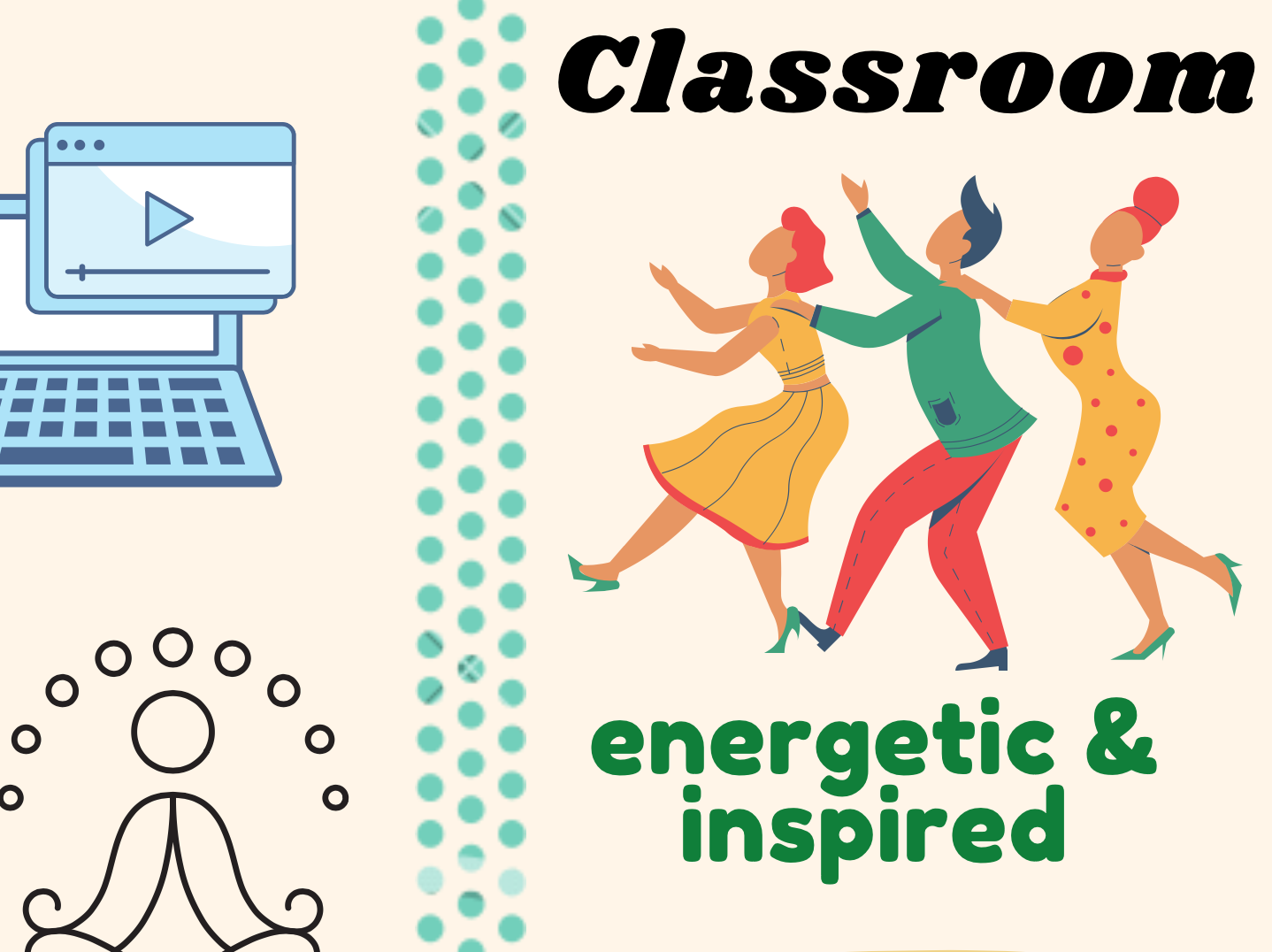 The theme of the work is how connecting with others has had a positive effect on my wellbeing and performance during the module. I analysed it through three different aspects: the relationship with the other team members, interactions with module supervisors and the physical environment of the classroom.

Struggling to keep up with my Engineering course throughout this year had an impact on my self-esteem putting me under a lot of pressure. It has naturally manifested itself in my perception of the Horizons classes, decreasing the level of confidence in my own ideas and the belief in the quality of the completed tasks. Consequently, presenting my work to others and talking in front of a large group of people was especially stressful and overwhelming but despite this, I have enjoyed the module and eventually felt proud of the result. Therefore, I wanted the positive feelings to dominate in the poster I designed. The image of a girl in an acrobatic pose represents great effort but at the same time pride at showing off having achieved something. Feeling so empowered wouldn’t be possible without consistent support from the team members, which provided a sense of belonging to a group and a surge of confidence by appreciating each other’s contributions.

I didn’t leave the negative feelings out as I consider it an intrinsic and valuable part of my experience. I have suppressed these emotions initially, deceiving myself that I wasn’t going to feel the toll of academic struggle, significant stress and low confidence. This was in vain and perhaps an unrealistic expectation, hence the rose-tinted heart-shaped glasses in the top-left corner of the first page. However, I’ve realised that feeling anxious and self-critical resulted in appreciating the gratifying emotions even more eventually, emphasising satisfaction with coming up with an idea and cooperating effectively with my fellow classmates.

The second page features my impressions of working on the assignments for the class at home and in the classroom. While the right side is packed with complicated elements, full of warm and lively colours, the left side is calmer and tidier. I found myself enjoying both environments in different ways. In my own room, holding hardly any interactions with other people, I could be in a state of deeper concentration, however, in the classroom there was a sense of playfulness due to the lively atmosphere created by the module supervisors. Engaging in the activities in a space full of distractions was energising and exciting, leading to animated discussions among the team members, which aided brainstorming creative ideas.

The last page was inspired by a particular experience during the module as it provoked profound emotions and encouraged me to deeply reflect on the situation. Feeling particularly vulnerable and self-conscious of making a speech in front of others I was immensely thankful for the individual approach, care, and attention I received from the module supervisors. By talking to someone who showed support and concern towards me, tension and worry were replaced with the comforting feeling of being understood and knowing that someone is on my side. It was surprising to me how quickly I stopped feeling uneasy because of this connection, which I highlighted in the transition of colours from darker blue and violet to bright yellow and red in the poster.

My name’s Kasia, and I study Electrical and Electronic Engineering. I love exploring cities on foot and I’m always searching for a cosy cafe to sit down with a good book. I’m also a fan of animation, slightly offbeat movies and dark comedies.

One Reply to “Connections”